Samples have been collected from voluntary testing and counseling clinics in Bangkok, and those found to be HIV negative or inconclusive by routine diagnostics undergo amore sensitive Nucleic Acid Test and additional diagnostic tests. Those with acute HIV infection (AHI) can opt to enroll in the RV254 cohort, which 80% of those identified choose to do, and nearly all of them agree to start ART within days of discovering their HIV status.

RV254 has involved real time screening of more than 400,000 individuals, with more than 800 cases of AHI diagnosed. The research, with support from the National Institutes of Health Division of AIDS, is conducted in close collaboration with the TRC-ARC and the Armed Forces Research Institute of Medical Sciences, but MHRP works with more than 50 collaborators from institutions around the globe on various facets of research within this cohort.

Investigations run the gamut from mucosal immunology and viral genetics to social behavioral and neurological research. Importantly, the RV254 cohort serves as a foundation for MHRP's HIV cure research.

A study conducted on samples from the RV254 acute infection cohort found a window of opportunity during AHI when CD8+ T cells are able to reduce overall  number of HIV-infected cells in the body. Findings showed that potent HIV-specific CD8+ T cells that are able to kill HIV-producing cells and reduce the seeding of the HIV reservoir are only detected at peak viremia in acute HIV infection. Interventions aiming at prolonging survival of these cells might have profound impact on HIV reservoir size. The remaining challenge will be to find ways to induce and maintain these potent HIV-specific CD8+ effector T cells with immune interventions.

Research stemming from the RV254 cohort study has elucidated multiple benefits of initiating ART as early as possible in HIV infection. Participants who begin ART immediately upon notification of acute HIV diagnosis achieve dramatically lower total HIV DNA compared to those who did not immediately begin therapy. Initiating ART during AHI inhibits viral replication, which could prevent viral mutation and reduce immune destruction and seeding of the latent HIV reservoir.

HIV is difficult to cure because it infects long-lived cells in the body, laying down a reservoir of latent virus that can become reactivated long after treatment clears active virus from the body. HIV reservoir size is pertinent to the goal of HIV remission – that is, undetectable viral load without treatment – because the size of the reservoir may predict time to viral load rebound after ART cessation or response to (immune)interventions aimed at HIV remission. It is hypothesized that people with a smaller reservoir size will have a greater chance of achieving HIV remission.

An MHRP study showed that when ART is initiated during early acute HIV infection, it can significantly reduce total HIV DNA levels in the body, a proxy measurement that corresponds with the size of the latent HIV reservoir. The first established reservoirs in acute HIV infection are still “sensitive” during early stages and could be downsized about 100 times upon immediate ART initiation. This would indicate that, currently, the most effective way to significantly lower the HIV reservoir size is with very early treatment.

MHRP was a founding member of the International Neurological HIV Cure Consortium (INHCC), an international alliance dedicated to studying HIV’s impact on the central nervous system. Using MHRP’s novel acute cohorts, INHCC has launched a number of studies aimed at determining the immediate and long-term cognitive and behavioral impacts of HIV infection.

The TRC-ARC founded a Community Advisory Board (CAB) composed of community leaders, activists, relevant HIV organizations and academics to advise and guide collaborating researchers. The mission of the CAB is to communicate input and feedback from local stakeholders to ensure research done is relevant to and accepted by the community. 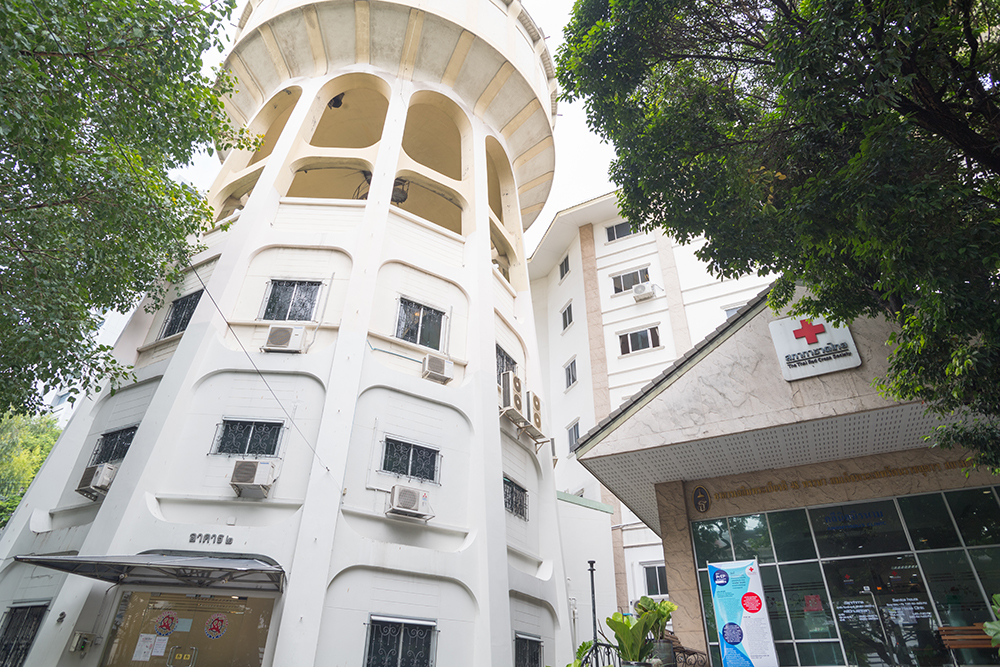 The Thai Red Cross AIDS Research Centre is a close collaborator with MHRP in RV254 and its substudies.

This research was funded, in part, by the U.S. National Institute of Allergy and Infectious Diseases.