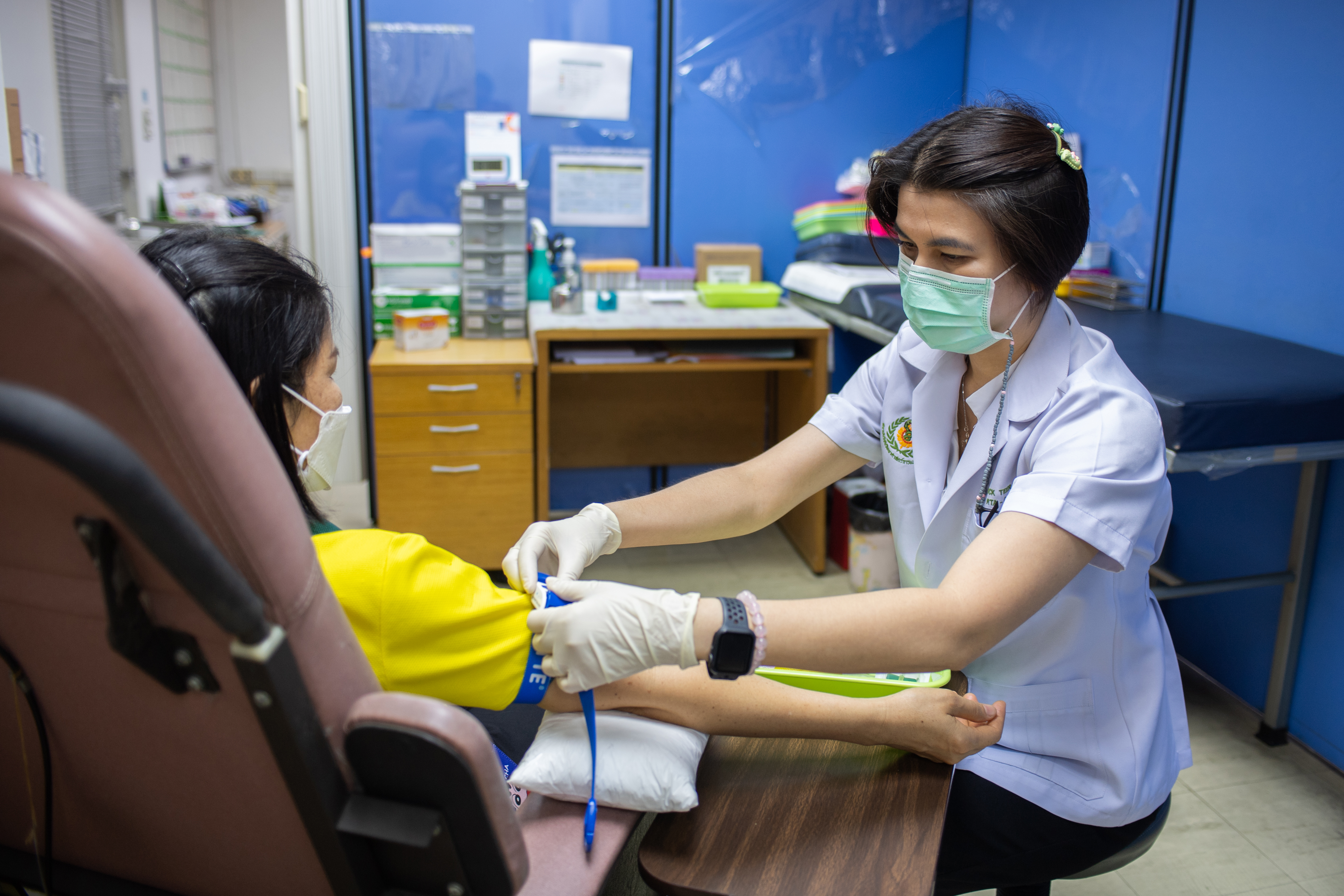 MHRP and collaborators recently launched a Phase 1 trial in Thailand that will evaluate two HIV vaccine candidates with and without the Army's novel ALFQ adjuvant to gain insight into late boosting strategies and the effects of fractional dosing.

This study builds on an earlier MHRP trial, RV306, which administered an HIV vaccine regimen to participants and included a late boost at either month 12, 15 or 18. Results showed that longer intervals between the primary vaccination series and late boost improved immune responses.

The new trial, RV546, is a randomized double-blind study that is enrolling a total of 120 participants from the earlier RV306 study. The trial will test two different HIV protein boosts.

The vaccine candidate A244 is a protein vaccine provided by Duke University and is similar to the "E" component of the AIDSVAX®B/E vaccine that was safely administered to more than 9,000 participants in MHRP’s RV144 Thai trial, the first human vaccine trial to demonstrate modest efficacy in preventing HIV-1 infection. IHV01 is an HIV-1 subtype B protein vaccine developed by the University of Maryland Institute of Human Virology and that was shown to be safe and to induce frequent immune responses in a previous Phase 1a trial.

Adjuvants are vaccine components that help activate the immune system and improve immune responses. The ALF family of adjuvants was developed by MHRP scientists at WRAIR, and preclinical studies have shown it to be a potent adjuvant. A leading formulation, ALFQ, is being used to enhance immune response with several vaccines in testing, including those for COVID-19 and malaria. This is the first use of ALFQ with a candidate HIV vaccine.

Manufacturing protein vaccines can be complex and costly, which can limit supply. The fractional dosing component of RV546 will provide evidence for whether valuable vaccine can effectively be administered in smaller amounts to maximize supply.

RV546 is being conducted at the Mahidol University Vaccine Trial Centre and the Armed Forces Research Institute of Medical Sciences Royal Thai Army clinical sites in Bangkok, and vaccinations began in early February.