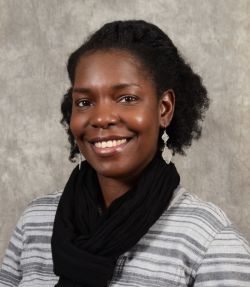 Nikiah Dawson is the Director of Administration and Operations.

Nikiah attended the University of Delaware where she graduated with a Bachelor’s degree in Animal Science. She relocated to the Washington D.C. area where she joined the National Institute of Health, National Institute of Dental and Craniofacial Research (NIDCR) team. In 2009, her path transitioned into vaccine research when she began working with NIAID in the Laboratory of Malaria, Immunology and Vaccinology in the Molecular Biology section creating recombinant protein constructs for malaria vaccines.  As her career progressed, she became increasingly interested in the behind-the-scenes work of vaccine research which led her to obtain her Master’s of Science in Biotechnology Management from the University of Maryland.